The Council has studied offenders who were sentenced aged 60 years and over.

The proportion of Victorians aged 60 years and over has steadily increased over the last five decades and is expected to continue rising.

An aging population has flow-on effects on the prison population, sentencing policy and the administration of sentences.

Figure: Proportion of Victorians aged 60 and over 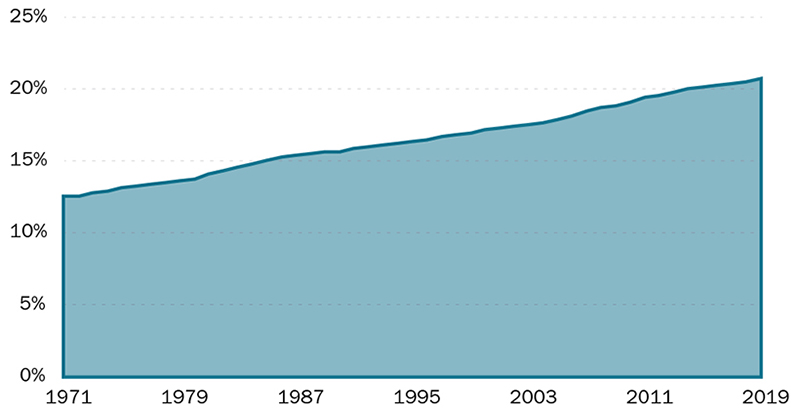 While many studies have examined issues relating to older prisoners, far less published research has looked into older offenders more broadly. To address this gap, the Council published Sentencing Older Offenders in Victoria in September 2021.

The Council also examined the relevance of advanced age as a sentencing consideration.

Table: Proportion of Victorians aged 60 and over, 1971 to 2019 (source: Australian Bureau of Statistics)